Warning: Use of undefined constant UMS_DOMAIN_CDN - assumed 'UMS_DOMAIN_CDN' (this will throw an Error in a future version of PHP) in /home/animart/public_html/scripts/functions.php on line 577 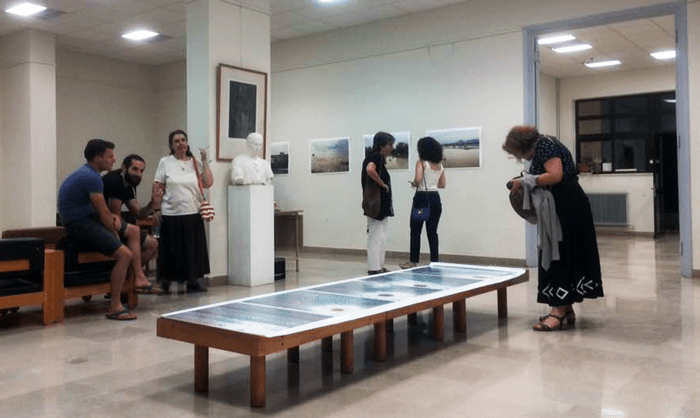 This series of landscape photographs, “Coastal regions: Delta”, explores the impacts of the recent climate changes on the landscapes. The photographer traveled along the coastal regions, from Ang Giang, Tien Giang, Ca Mau, and Bac Lieu to Ben Tre, where drought, salt intrusion, soil erosion, and sea level rise have been observed. She documented the transforming land and lives. “Coastal regions: Delta” informs viewers about the resilience that the residents endure, and the shocks and stresses that are dealt with, both at state and individual levels. Additionally, human’s desire to control the nature in order to meet with the energy demands generates unforeseeable life challenges to many who live along the Mekong River. For instance, the hydropower dam construction had the ambition to make the Mekong River as the battery of Southeast Asia and to supply the high-energy demands required by the rapidly developing cities such as Bangkok. However, this multi nations project, created with conflictual interests, produced undesirable and paradoxical outcomes in the coastal regions of the Mekong Delta, such as the dam retaining the water during dry season, creating a shortage of water supply downstream. Since 2005, the photographer has explored the Mekong Delta area. Her photographic works focus on people’s lives affected by environmental and/or socio economical conditions. In this series, the photographer aimed at addressing the impacts of the climate change and the complex chain reaction it generates, on the land and people. The unpredictable weather conditions will induce significant fall in rice and fishery production. The shortage in fresh water supply will induce increase in pesticide usages and difficulties in livestock farming. Thus, food security will be at risk and inevitably those who cannot have the ends meet will start leaving their home, migration will instigate.

SPIN is a collection of abstract and figurative light studies that are experimental in nature. Artist Peter Fitzpatrick captured these images at The Laser Physics Centre, Research School of Physical Sciences and Engineering at The Australian National University in 2004. By visually investigating the artefacts of light and the atmospheric disturbance that scientists of laser physics contend with during their research, Fitzpatrick is able observe the rhythm of change as a consequence of time. Fitzpatrick explores the reaction of Charged Couple Devices (CCD) to high levels of light by firing lasers directly into the lens of digital cameras. The images are created from the struggle of the CCD to translate the laser energy into digital information while instantaneously being destroyed by the light source. In essence the camera records its own death.

The land holds us. You can see it, but you may not know it. It is our past. our present and our future. To make images about landscape is to engage with eternal return of light. Blind was photographed deep in the heart of the Australian desert during a flood. flood comes once every eight years. I heard the sound of the water coming down the dry creek bed. I followed the water until it filled the entire landscape. I spent a week camped on a rock photographing the flooded desert. Issues of environment and our impact upon it, are the backbone of my practice. The photographs are spaced to form a subtle movement, from one image to another. The sun slips from image to image. It is an imagined and a real time. The images take into account the photographic in relation to the sublime, excess and immateriality. The dominant use of blue in the work was a reference to my research into 18th century scientists and their desire for perfect knowledge via the conduit of the sun, and their consequent blindness caused by the excess of light. Blue is the last color we are able to perceive before blindness. How do we represent the immaterial or create a vocabulary for the unknowable and how do we understand observation that occurs beyond sight? An initial body of some six hundred images was collated. The final images were made via a process of light staining and analogue processes. They were formed from a construction of prints made from negatives and light staining in the darkroom.

...the scientist sits at a desk by a window that looks out to sea

...traces patterns over a reproduction of the tychonic system of the world, a pattern of emanating circles and symbols that seems to both simplify and occlude understanding.

...starts to cry, holding still for a while

...folds away the writings, charts and diagrams and goes to bed.

In sleep, dreams of great light,

an exploding pattern that grows, shifts,

swallowing stars whilst changing and waking into life.