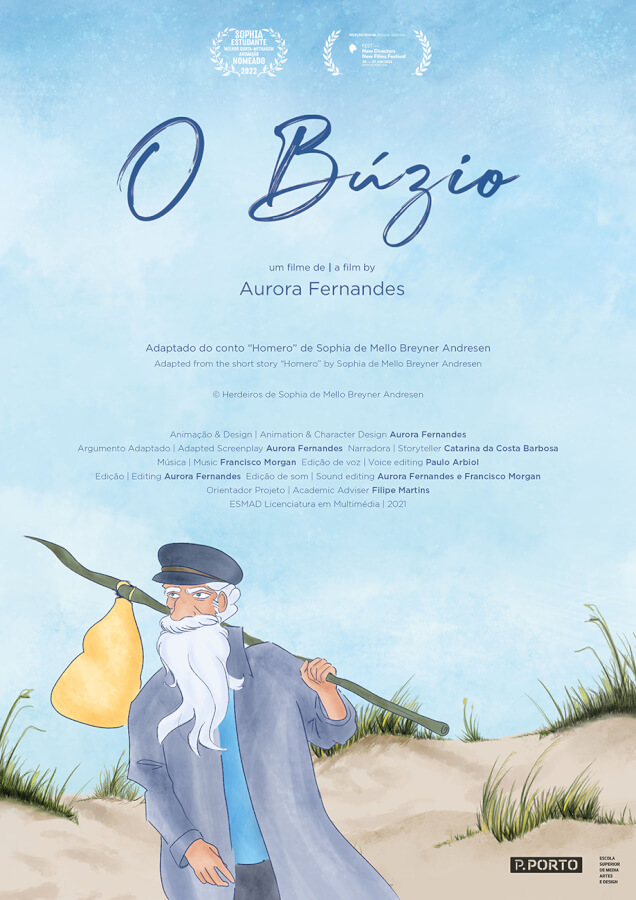 “O Búzio” (the Whelk) is an adaptation of the short story “Homer” by Sophia de Mello Breyner Andresen, which narrates a brief childhood memory of the author and has as its central character a wandering, crazed old man who appeared to beg for alms on summer afternoons, in a village by the beach. Búzio is a free being, who lives away from the world of men and in communion with nature, whose rituals and speeches no one understands. The animation explores the magic contained in the words of this man, seen through the eyes of a child.