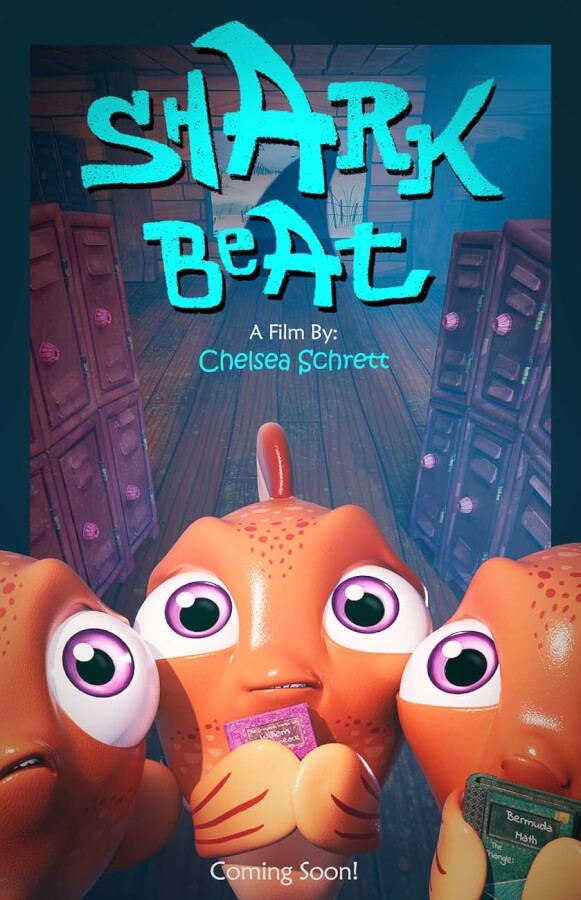 "Shark Beat" is a short animated film with a story about a shark who's just trying to make fish friends at school, but every time he takes a step, a JAWS-like theme song plays and scares all the fish away. Through different attempts of the shark trying to fix his situation by walking slower, backwards, or faster, nothing does the trick and all the different groups of fish continue to flee away in fear. Getting so angry that none of his attempts are working, the shark tantrums, and crashes through the floor into the room below, disrupting a group of fish's band rehearsal. Already knowing nothing will work to shake their fear before they flee, the shark starts to leave the room until he is called out by the conductor fish unexpectedly. After a few exchanges of communication back and forth, the shark soon realizes the conductor's genius idea of encouraging the band fish to play along to the menacing shark tune. Soon, the shark is greeted to the top of the band stand, and along with all the other band fish, they all play in perfect, happy harmony into the end scene.