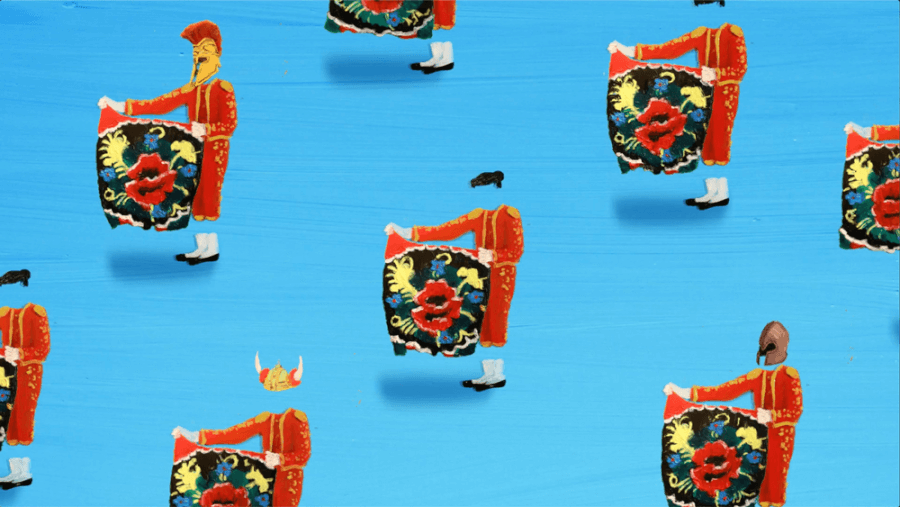 A non-narrative animated film of mixed media that deals with human systems and the animal self repressed within it. Ever since becoming conscious the human race has moved away from its animal nucleus by social mechanisms it has developed, these guard and protect it but also oppress and make it miserable. Thus man reaches a breaking point, abandons his clothing, his values and everything he perceived as sacred and goes on for a beastly and passionate celebration.