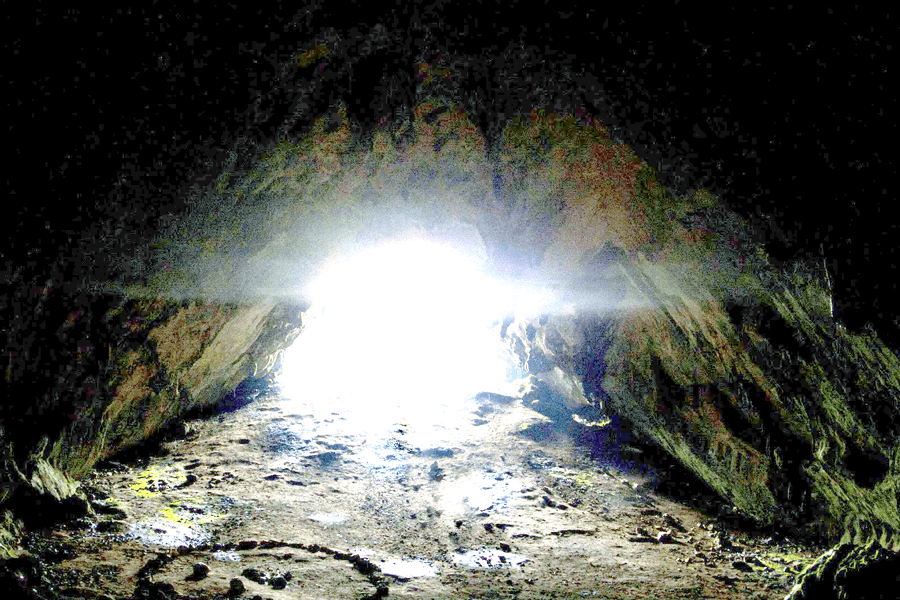 A 9 km (3.3 hours) walk in own pace following the ancient path from Corycian Cave to Delphi, descending the Delphic landscape, taking an ancient route followed by worshippers of Pan. There is no intention, but to embrace an unknown territory, a place still to be explored, as a state of mind/being, not only during walking but in all actions around it, creating a durational moment of coincidental connecting with people and allowing the landscape to become a mirror.

Picknick on the way.

Transport from Delphi to the Corysian Cave in the early morning by shared taxi (costs apply).

The Corycian Cave (/kəˈrɪʃən/; Greek: Κωρύκειον ἄντρον / Korykeion antron) is located on the slopes of Mount Parnassus, in Greece. In the mythology of the area, it is named after the nymph Corycia; however, its name etymologically derives from korykos, "knapsack". This cave was sacred to the Corycian Nymphs and the Muses, and a place of worship for Pan.

Pausanias in his Guide to Greece writes:

On the way from Delphi to the summit of Parnassus, about sixty stades distant from Delphi, there is a bronze image. The ascent to the Corycian cave is easier for an active walker than it is for mules or horses. I mentioned a little earlier in my narrative that this cave was named after a nymph called Corycia, and of all the caves I have ever seen this seemed to me the best worth seeing... But the Corycian cave exceeds in size those I have mentioned, and it is possible to make one's way through the greater part of it even without lights. The roof stands at a sufficient height from the floor, and water, rising in part from springs but still more dripping from the roof, has made clearly visible the marks of drops on the floor throughout the cave. The dwellers around Parnassus believe it to be sacred to the Corycian nymphs, and especially to Pan. (10.32.2–7)

An excavation by French Archaeological School in 1970-71 produced a plethora of objects of antiquity including a rare Neolithic male figurine, Mycenean shards, bone flutes, iron and bronze rings, miniature bronze statues, 50,000 terracotta figurines from the classical period and 24,000 astragaloi, or "knucklebones" (used for astragalomancy, or "prophecy by knucklebones").

Traditionally the cave has been a place of refuge for the surrounding population during foreign invasions e.g. from the Persians (Herodotus, 8.36) in the 5th century BC, the Turks during the Greek War of Independence in 1821, and from the Germans in 1943.