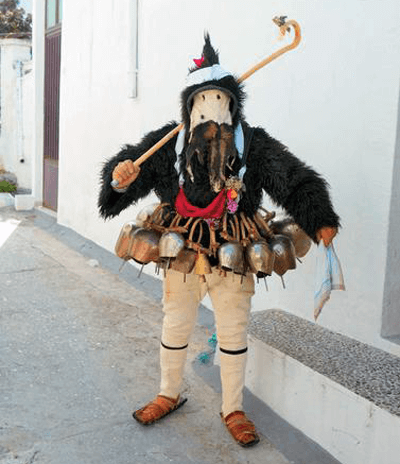 The place of Delphi, the ancient sanctuary at the foot of mount Parnassos. The sanctuary with the temple dedicated to the Greek God of Music Apollo. With Pythia at the oracle who throughout the ancient classical world was consulting the people about important decisions. The surroundings with shepard who feeds his animals on the prairies of Parnassos. We cannot bring back the sanctuary with Pythia but we might be able to revive the sounds of the “The missing herds” that disappeared from the area due to urbanism of the region and the tourism. A walk with various sizes of animal bells as a uniform that they will create a sound based on the pace of walking with the shepard’s flute to accompany from time to time.

“The missing Herd” a walk and one man’s performance is going to start from the uphill’s of Parnassos mount and will come downslope towards the pass by brook for the watering of the herd at the dusk. This shows the change of fauna and flora of the area due to the urbanism and the tourism that are flourishing at the moment. Instead of animal bells and the shepard’s flute the air is contaminated by the busses smog and noise. The bells in various shapes and different sounds will be attached on the body of the performer like a uniform in order the sound to be more hard and rich and from time to time will be accompanied by the shepard’s flute, homage to Apollo the God of the sanctuary and the music. These pastoral scenes will give richness to the environment and as soon as the performer approaches to the congregation place will perform different tasks imitating the structure cartoon movements.

The project is a revival of the lost elements and rituals of the region and tries to give sound and revive bucolic scenes that have disappeared due to the so called development of the region. The open air walk and performance with the gestures reminds of the Dionysian festivities. The natural sound of the bells and the accompanied flute will give the air the vibes of an alive country side and fill in the emptiness of the plat at the time been.