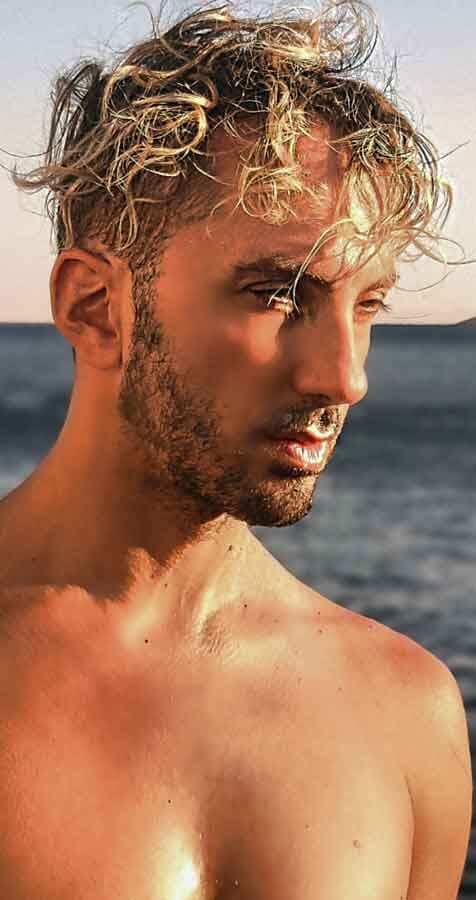 Ioannis Melissanidis was born on March 27, 1977 is a retired Greek artistic gymnast and the 1996 Olympic champion on the floor exercise. He was also the 1994 European Champion on floor and the first Greek gymnast ever to medal at the World Championships.

Melissanidis was born in Munich, Germanyto parents Evaggelos and Aikaterini, Greek nationals who were working in Germany. He has two siblings, Maria and Spiros. When Melissanidis was 2 years old his family returned to Thessaloniki, which he considers his hometown.

Melissanidis began training gymnastics and classical balletat the age of 9 and a half. His parents were not originally supportive of the idea, and, according to Melissanidis, only relented and took him to the Spartakos Thessaloniki gymnastics club after he refused to eat for two days.

At his first Junior European Championships in 1991 Melissanidis placed a modest 18th in the all-around, but earned a bronze medal on the floor exercise, placing ahead of future World Champions Ivan Ivankovand Yordan Yovchev. Two years later, in 1993, he won the floor title at Junior Europeans and placed third on the vault.

However, at the 1996 Olympics in Atlanta, Melissanidis was the surprise winner of the floor exercise gold medal, winning the event with a score of 9.850. The win marked the first Olympics gymnastics medal for Greece since 1906.

Melissanidis continued competing after 1996, winning the vault title at the 1998 European Championships in Saint Petersburg. He represented Greece at the 2000 Summer Olympicsin Sydney, but, struggling with injury, competed only on vault and high bar.

Melissanidis has two vaults named after him in the Code of Points; both are variations of the Yurchenkodouble back. In the current Code of Points, his vaults carry A-score difficulty ratings of 5.2 and 5.6.

In recent years, Melissanidis has been active in various social and athletic causes. He is a supporter of Greenpeace, and, in 2003, publicly supported the Melina Mercouri Foundation's campaign to return the Elgin Marblesto Greece. A gymnastics hall in his hometown of Thessaloníki has been named in his honor. He was also one of the torchbearers in the 2004 Summer Olympics Opening Ceremonyin Athens.

As of 2008, he was a student at the American Academy of Dramatic Artsin Los Angeles. He was also an invited guest of the 2008 Olympic competition in China and toured Chinese universities as an International Olympic representative.

In 2017, Melissanidis was selected from ANT1 to be a judge in the show So You Think You Can Dance.