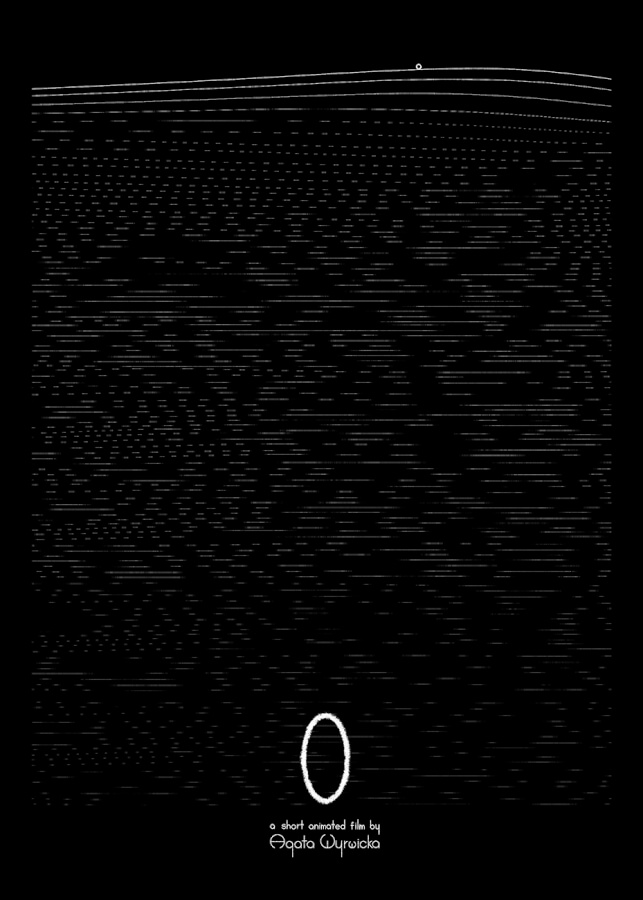 The project was created as a result of observation of everyday routine, surrounding space, as well as the feeling of confinement within the system of recurrent elements. Apart from several special events, a life of an average human being all the way from the beginning until the end is a series of similar, repeated actions. On several occasions, I have myself fallen into this trap of mechanical, unconscious behaviour. On one hand, the idea came to life due to this internal disagreement and the illusion of inability of evading the system, while on the other hand the process allowed me to accept the state of affairs and look at everyday life and myself with a pinch of salt. The eponymous “0” refers to the point of space-time, which has no beginning and no end, and is enclosed within its own shape. The number also symbolises nothingness and lack of positive or negative connotations. Modest and purely linear form, reduplication of movement sequences, and focus on the composition in the centre of the frame is supposed to embody these ideas. In terms of visual layer, I was inspired by infographics, which focuses on delivering content by means of the simplest elements, scarce in detail. The base shape of the circle introduced not only universality, but also repetitiveness and cyclicality of life. Reduplication of movement suggests perpetuality of the same acts done over and over again, while the central composition visualises confinement within the system of no escape. Any element, even if it leaves the frame for a moment, soon returns to the centre or is found in other frames of the animation. Apparent movement from left to right gives an impression of development, even though it actually leads nowhere. Similarly, one might quickly realise that the story told in the animation offers no actual solution. Lack of any insightful conclusions highlights the vanity of life and suggests loss of conscious thinking. Careless flow of the plot and the introduction of humorous associations reduces these actions to joke, as none of them have any actual impact on the story. The picture is complemented by a rhythmical, raw composition of parallel sounds, differing only in intensity and dynamics.
Back
arsanima.eu animartfestival.eu animationmarathon.eu athensanimfest.eu