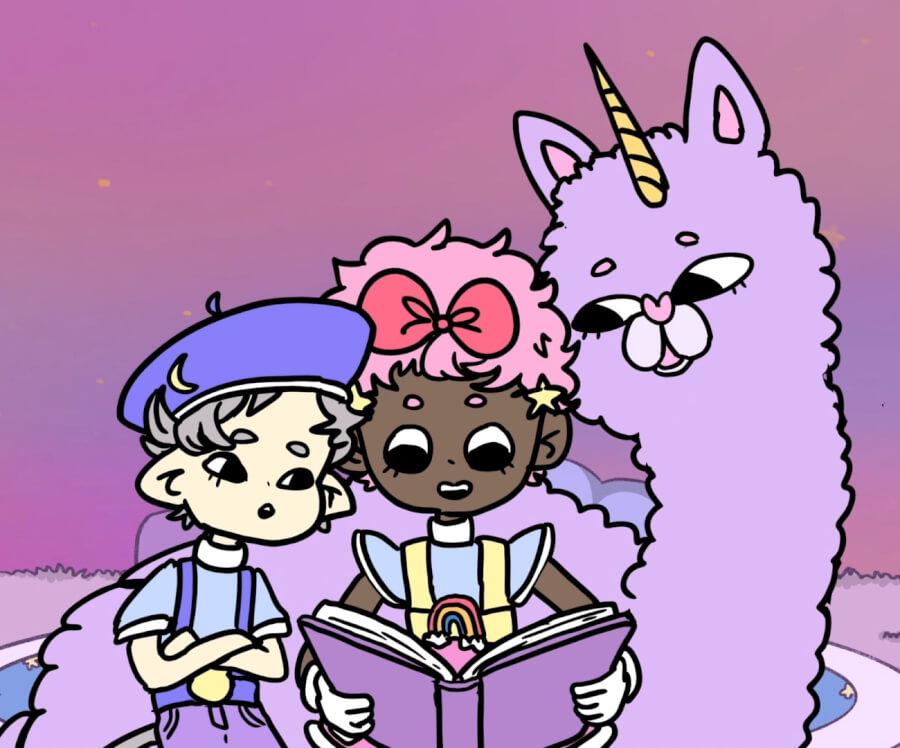 Outside the auditorium in the UMWA satellite, Indigo is waiting impatiently for Cosmo who is late for their big day. Cosmo runs inside where Captain is waiting to present her with her wand, the most important tool for a cadet. Too excited to listen to his instructions, she decides to drag Indigo and Apollo to Planet Nomo to hang out. When she swings around her wand, she unleashes dark matter that forms a black hole, which sucks both Indigo’s and her own wand into it. The two friends blame each other, refusing to cooperate until Apollo steps in, sweeping them up and flying straight into the black hole. They bob and weave through traces of Nomo absorbed by the black hole to finally set eyes on their wands, grabbing hold and racing out as the hole closes in on them. The black hole implodes, sending the duo flying off Apollo’s back, only to be saved by Captain, who scolds them for their recklessness, but praises their efforts. The day is saved by Cosmo and Friends.